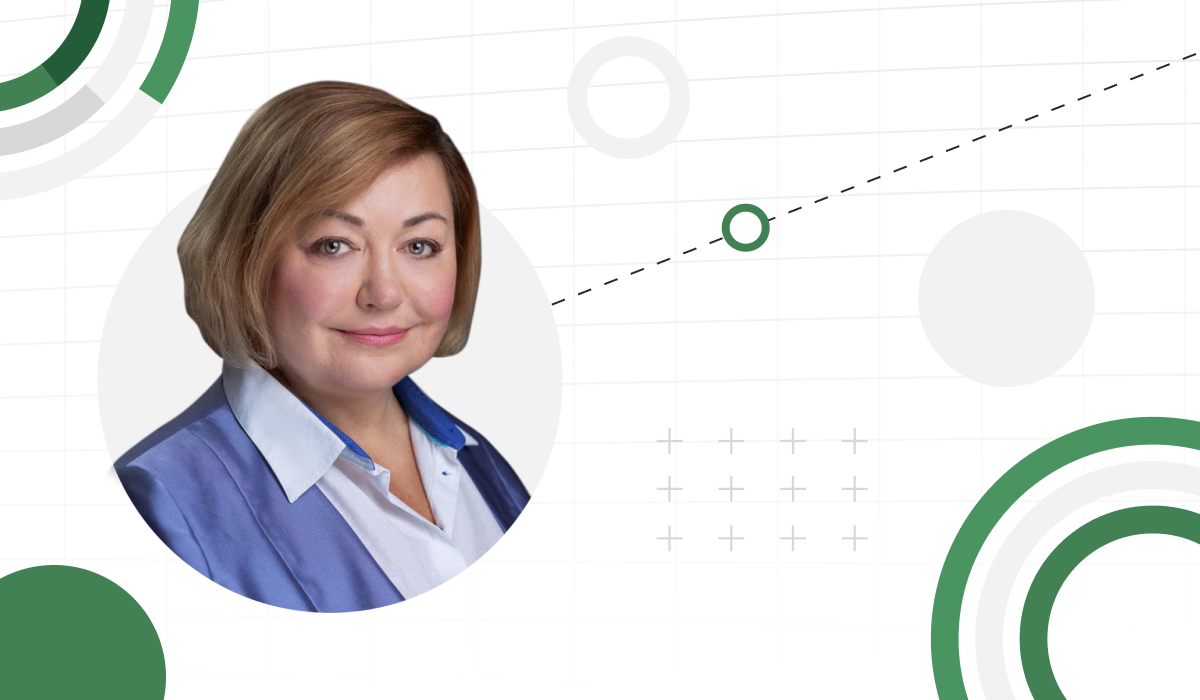 Creating the Right Culture To Thrive: An Interview With Larysa Melnychuk of FP&A Trends Group

It all starts with culture.

Whether you’re a woman trying to get ahead in a traditionally male-dominated workforce or a financial planning and analysis (FP&A) professional hoping to build a more strategic partnership with the rest of the business, your ultimate success is going to depend at least in part on the culture around you.

So says Larysa Melnychuk, Founder and CEO of the FP&A Trends Group and Managing Director of the International FP&A Board—a global think tank with 27 chapters in 16 countries across Europe, the Middle East, Asia, Australia and North America. With such a global perspective, Larysa has a unique view into company cultures around the world and what it takes to thrive—whether you’re a woman facing gender bias or an FP&A professional trying to help drive corporate strategy.

Vena recently sat down with Larysa to ask her thoughts on what it might take to reach gender parity in the corporate finance field (download our ebook here to hear from more women in the industry), and to discuss the evolving role of FP&A itself.

She would know too—after all, juggling those responsibilities has been a reality in her own life. Larysa moved to the United Kingdom from the Ukraine 22 years ago when her first child was still young and had her second while studying for her UK qualifications. “It's always a sacrifice between your job and your family,” she explains.

Having support from her husband and extended family helped her when her kids were young, but she’s also quick to say that women need to be “very strong” to get ahead and reach the upper echelons of the industry, which can sometimes resemble a “boys’ playground” (research shows that that old boys’ club mentality can contribute to the gender pay gap too). That’s where the right culture comes to play—both corporate culture, but beyond that to community culture as well.

These days Larysa spends her time traveling the world, meeting with senior practitioners in the finance function—and she says the number of women in those meetings varies greatly depending on the country she’s in. In places such as Nordic Region—where childcare and parental leave policies are considered ahead of the pack—it’s not surprising to see more women reaching leadership roles. Other countries fall behind. “It's still traditionally considered that a woman should be more flexible in terms of the time that we're spending with children. It's still there,” Larysa says.

Which is why the right support matters. A 2019 study by Unicef showed that giving options to share childcare helped make a difference in the workforce and out. “Paid paternity leave helps fathers bond with their babies, contributes to healthy infant and child development, lowers maternal depression and increases gender equality,” the report stated. The same report listed affordability as the biggest barrier to childcare. In Denmark, meanwhile, childcare charges are capped at 30% of the actual cost, while Norwegian parents are entitled to a child benefit allowance—explaining, at least in part, why Larysa sees more women in her Nordic boardrooms.

But Larysa has learned more than just that in those boardrooms around the world, and she’s seen the corporate finance function, especially FP&A, change greatly in the 22 years since she first qualified in the UK—at least in some places.

“Something that was considered to be management accounting 20 years ago is at the moment FP&A, and it’s a completely new world,” Larysa says. “But it’s evolved unevenly in different industries and different countries and different companies as well. So this is a journey, and some companies are more strategic, more forward looking—they're more analytical. But some companies are stuck in time, with traditional views of budgeting and planning, with very traditional target negotiations and all of that.”

Today’s corporate FP&A functions, especially, are multidisciplinary and ever-evolving, she explains. And as such, modern FP&A professionals need to constantly educate themselves in areas such as data science and management, FP&A architecture and IT, providing a bridge between roles and functions. The most forward-thinking companies will draw on that, treating their finance departments as business partners and making them part of strategic discussions from the early stages.

For that to happen, though, top management has to accept their finance professionals in that role. “If the General Manager is not involving [the] CFO in the early stage of strategic discussions or does not show respect to the input provided by FP&A, it is hard to expect other functions to do things differently,” writes Commercial Finance and Performance Management Professional and International FP&A Board ambassador Tijana Balotic Truong for the FP&A Trends blog.

But with the right support, Larysa adds, FP&A professionals can strengthen corporate strategy by introducing change management, business partnering, analytics and insights. They can introduce the capacity for Financial Planning and Analysis  transformation, with driver-based models, flexible FP&A systems, the ability to connect FP&A to BI and predictive analytics processes. They can also show how an understanding of  artificial intelligence and machine learning can digitize FP&A processes.

With a solid list of capabilities like those—combined with strong leadership—companies can thrive. Especially in times of crisis, where those in-depth insights can help organizations turn on a dime. “If you don't have the capability to reforecast and replan very quickly, very practically in real time, then you’re in big trouble,” Larysa says. “It’s about collaboration with other disciplines—with risk management, with data scientists, with IT people.”

And that starts with the right culture. One that invites all sorts of voices to the table.