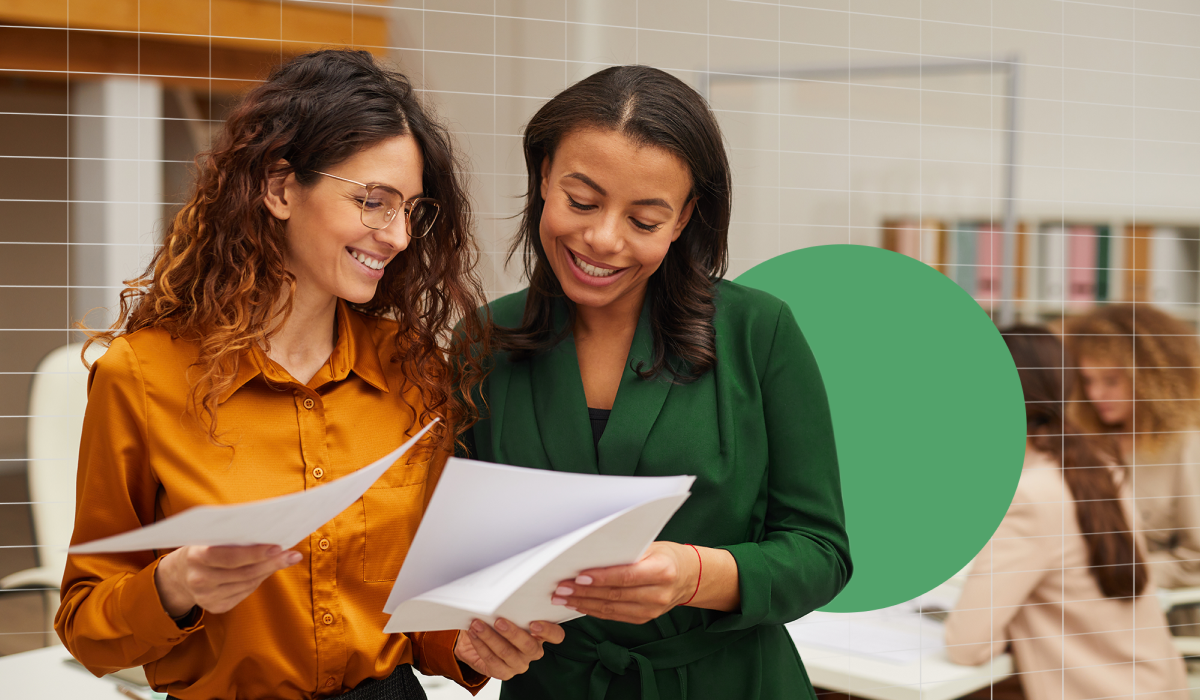 Women in Corporate Finance: Learning Not To Be Afraid To Ask

This is the second part of a blog series based on an ebook we published in 2020 entitled, “Women in Corporate Finance: Five Guiding Principles From Leaders in the Field.”

In this post, we speak to Christine Harms, Controller, Arizona Cardinals.

In our last post in this series, we looked at how far women have come in breaking through the glass ceiling of corporate finance.

Spoiler alert: there’s still a long way to go. There are fewer women at the top of the corporate finance ladder than men, and fewer women of color even still.

For women still making their way up the ranks, the statistics probably aren’t surprising. After all, it’s likely they’ve never worked under a female CEO. They’ve probably always had male CFOs as well. According to research by Catalyst—a global nonprofit dedicated to creating better workplaces for women—only 24% of C-suite positions are held by women.

What many women probably don’t realize, though, is how far-reaching the effects of that disparity can be—and how much of a disadvantage it puts them at. With fewer women at the top, women in entry-level and mid-tier positions have less access to the role models or mentorship opportunities enjoyed by their male counterparts. And because of that, they’re less prepared to make it to the top themselves.

For proof, just consider a 2019 study by researchers from Harvard Business School and the University of California, Los Angeles. It found that male employees were promoted faster and paid more under a male manager, a direct result of old boys’ club-style bonding. “This male-to-male advantage can explain a third of the gender gap in promotions,” the researchers concluded. And a 2019 survey by SurveyMonkey and LeanIn.org showed that men are less likely to take on the same type of mentorship roles with women: 60% of male managers were uncomfortable mentoring, socializing with or working alone with a woman they supervise.

“The younger ladies need mentors, they need people who can lead the way—to discuss their career, teach them best practices and help them understand the big picture,” Christine Harms, Controller for the Arizona Cardinals—the NFL’s oldest football franchise—said back when we spoke to her in 2020. And that’s just as true now—if not more so.

But how do they find that? In this blog series, we’re looking at the principles women leaders in the field have ascribed to as they’ve climbed the ranks of corporate finance. And our second principle, from Christine, is all about knowing how to ask for exactly what you want. 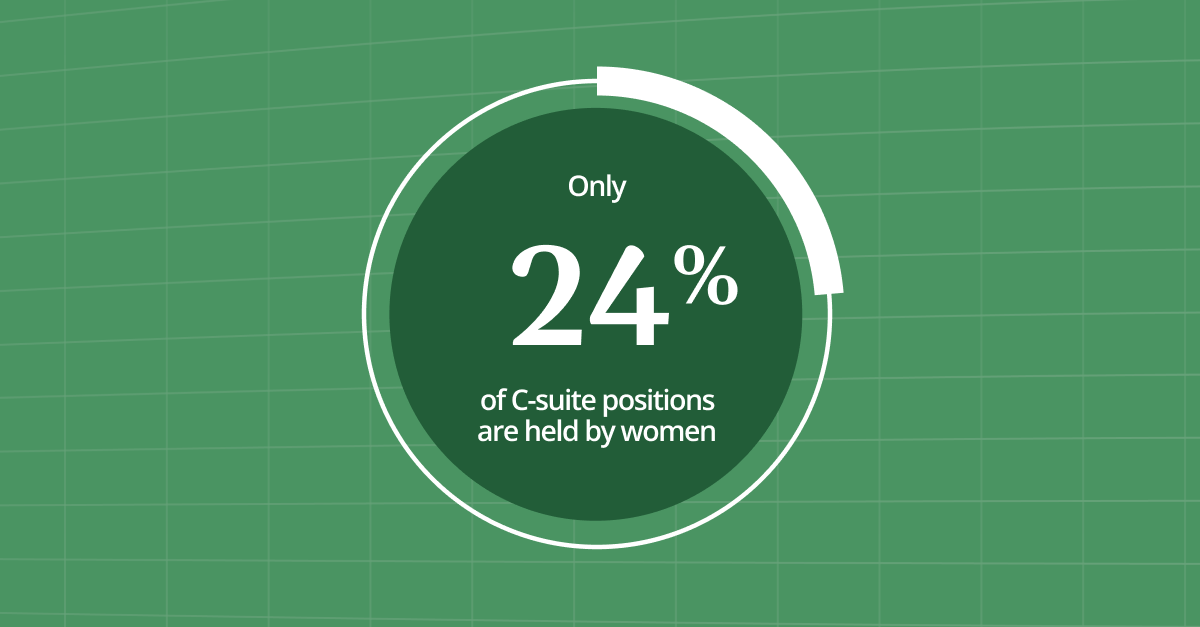 Principle 2: Don’t Be Afraid To Ask

Christine learned early: You have to ask for what you want.

It’s something her mother instilled in her, but it’s also something she’s seen other women falter at. For that simple reason, she explained in 2020, they don’t always end up with the same training or leadership credentials as their male counterparts, who aren’t afraid to make those requests. That can set them back come promotion time.

To get to the next rung of the corporate ladder, Christine said, you sometimes need to make demands. “Ask for training. Ask for opportunities to learn things. Don’t just sit there—go after everything you want.”

So how do women get past that hurdle and set themselves up for the leadership opportunities they strive for? Looking to other women for support can help—even when those women aren’t necessarily mentors. And so can opening up a conversation with the leaders you do have. 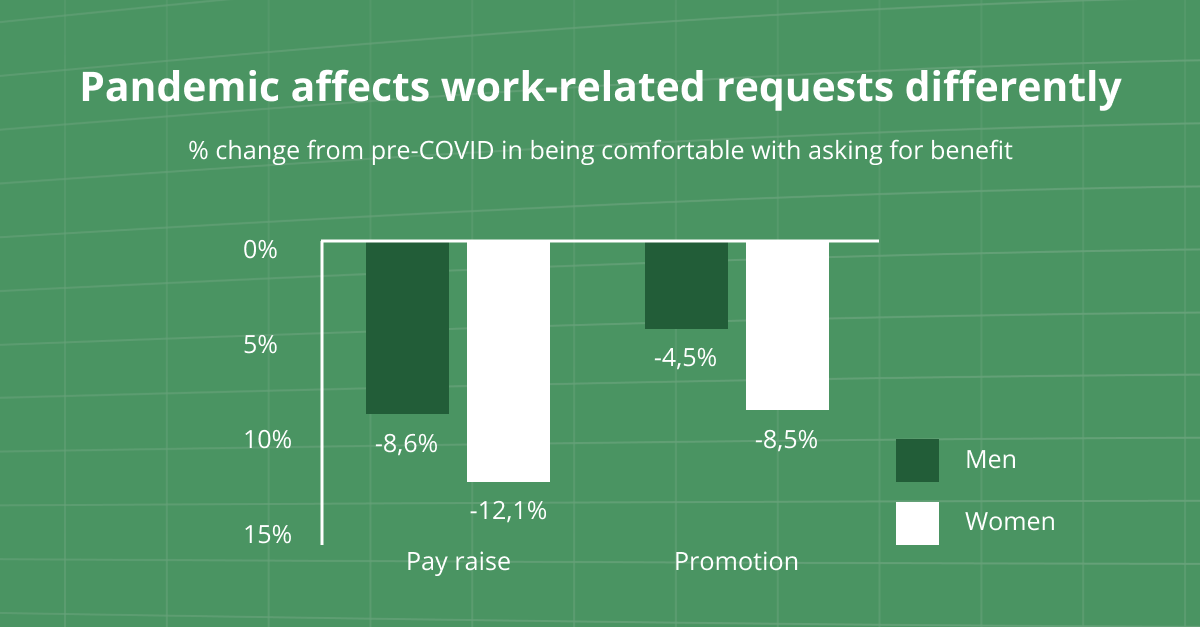 Opening Up a Conversation

In her 20-year career in corporate finance, Christine has done more than ask for training opportunities—she also hasn’t been afraid to have open conversations at every move up, to ensure she’s getting everything she needs to thrive. Above all, that meant maintaining the balance she needed to take on progressive leadership roles while still having time for her husband and two children—something a lot of women can relate to. “I've been here [at the Cardinals] 10 years and we definitely have balance,” she said in 2020. “I get to see my kids after school, I get to fix them dinner.”

While asking might get you to the top, though, giving will help others get there too. That’s why Harms is also a big advocate for helping out the people around her. Starting with sharing knowledge in the workplace and collaborating with colleagues at all levels—and continuing by taking up the mentorship mantle.

And in 2022, the kind of collaboration and conversation Christine advocated for then is even more critical.

Learning How To Ask

COVID-19 has disproportionately affected women in the workplace. Women have experienced more job loss than men and have taken on more of the at-home responsibilities. That means it’s more important than ever that they ask for what they need. Not only for raises and promotions, but for more flexible working hours and time off to care for family when they need it.

But, as we’ve seen, asking has become even harder than ever.

The (somewhat) good news: Just having other women in the room, especially women who look like you, can help empower women to do so. When you’re the “Only” person of your gender or race in your department, rank or workplace, there’s no one there to show you how to ask for what you need (or back you up when you do)—or to demonstrate to others that it’s okay to make those demands. That can make opening up that conversation Christine talked about even harder.

“Compared to mothers of young children who regularly work with other women, those who are Onlys are significantly more likely to be burned out and to have considered leaving their companies,” states Women in the Workplace 2021, a report by Lean In and McKinsey & Company. “They are more likely to feel judged when they take advantage of options that make it easier to balance work and life, such as working from home or working nonstandard hours. And they are less likely to feel comfortable sharing their personal challenges with colleagues, which may make it harder to get support.” 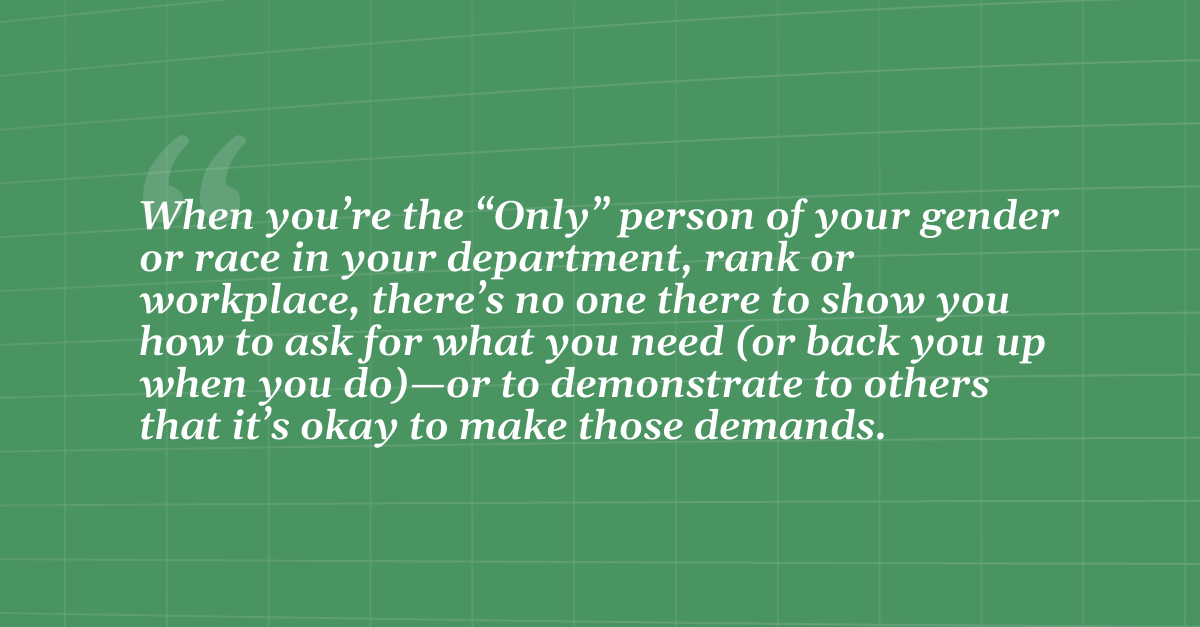 Knowing What You Want

It’s likely not surprising to most women, then, that more women at every level of the workplace can help create better conditions for all women in the workplace. So what advice did Christine offer these women?

According to Christine, going after what you want starts with knowing exactly what that is in the first place—and knowing you love it enough to pursue it no matter what. If you have a destination in mind, and a passion for getting there, it’ll be easier to know (and hopefully ask for) what you want to achieve your goal.

Her advice: “Find what you love to do and go after that. If you start to look at it and think ‘this is not really what I love,’ there are so many different areas of finance. You're going to find that perfect niche that you love to do.”

But businesses can help too, by supporting the women who work for them, building on that conversation and providing mentorship opportunities. But most of all, they can listen to what women need—even when they’re not the loudest voice in the room. 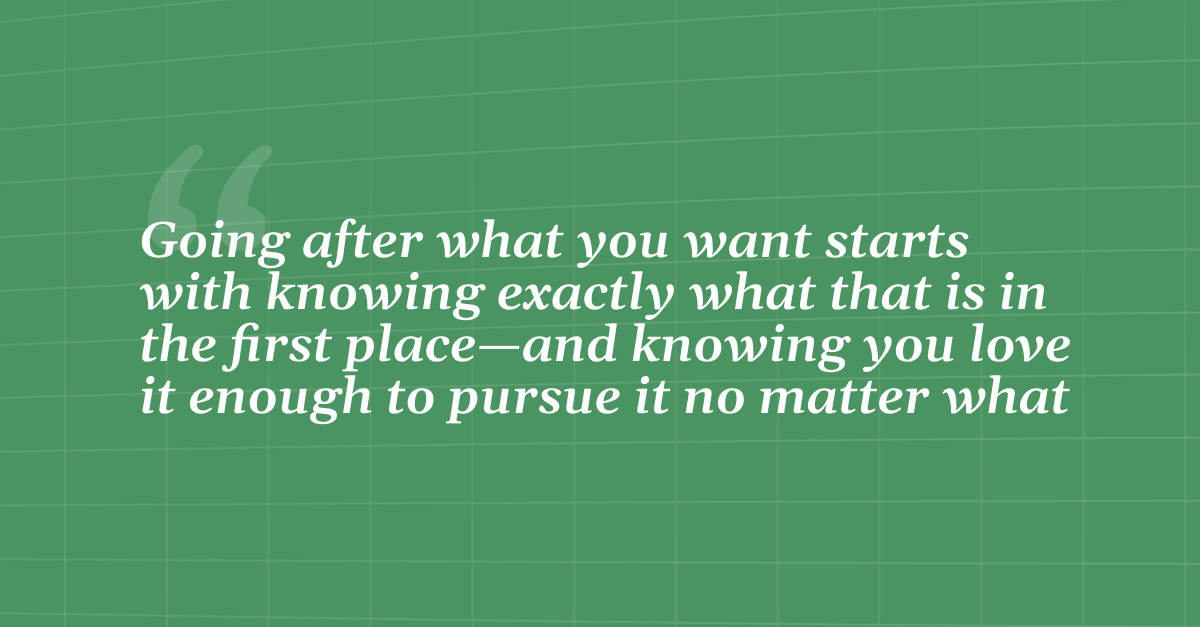 Find out how Christine Harms and the rest of the Arizona Cardinals’ finance team used Vena to create a more proactive planning process and add more strategic value to their business.

In our next post, learn why Maggie Carey, Senior Vice President of Finance & Budget for the 9/11 Memorial & Museum, says recognizing unconscious bias is a critical step for women trying to get ahead.