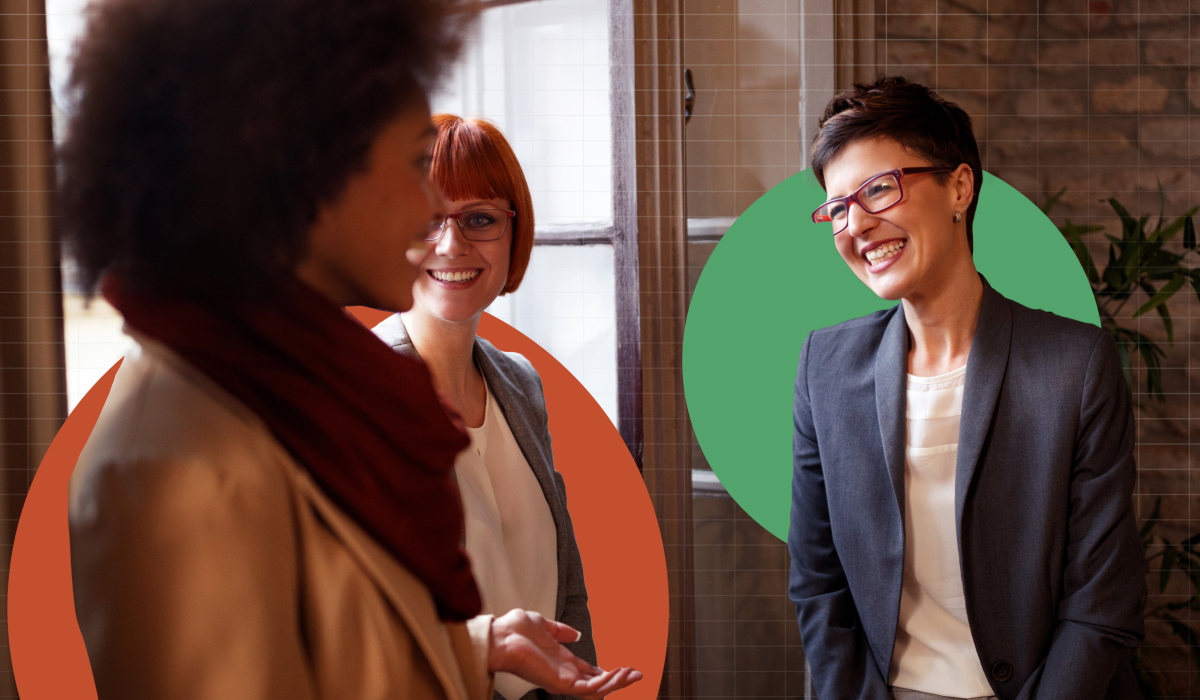 Women in Corporate Finance: Search for the Right Balance

The following blog series is based on an ebook we published in 2020 entitled, “Women in Corporate Finance: Five Guiding Principles From Leaders in the Field.”

In this post, we speak to Diana Stevens, President, theTaxGroup.

Nobody understands that better than women who have spent their careers in corporate finance. And when you stop to look at where those women stand in the industry today, there are some bright spots to that story. But the numbers can get complicated too.

Just consider research compiled by McKinsey & Company, in collaboration with LeanIn.org. At the beginning of 2021, they found that 52% of the financial services workforce was made up of women. For an industry traditionally considered male-dominated, those numbers are positive—a sign of gender parity. However, dig a little deeper and that story starts to fall apart. The glass ceiling still exists and the pay gap is as real as ever.

After all, the same research revealed that women were struggling to make it up the ranks. While more women were making it past the entry level compared to 2018, 64% of C-suite positions in financial services were still held by white men, with only 23% held by white women. But women of color fared worst of all, with representation falling by 80% on the way from entry level to the C-suite—leaving only 4% of C-suite positions held by this demographic. They’re not the only ones struggling either: the National Center for Transgender Equality reports that more than three-quarters of transgender people have experienced workplace discrimination of some kind and that more than one in four have lost a job because of bias.

It’s probably not surprising, then, that in its 2019 Quick Take: Women in Accounting report, Catalyst—a global nonprofit dedicated to women in the workplace—found that women still made less on average than their male counterparts. “Women working as accountants or auditors earned a weekly median salary of $1,108, compared to the weekly median salary of $1,404 earned by men in the same fields in 2018,” Catalyst reported. Similar numbers out of the U.K. found that even in 2021, female directors at the country’s largest financial services firms made two-thirds less than their male counterparts.

So what’s the story behind the numbers and why has true gender parity been so slow to come?  In this blog series, we’ll address these questions and others, to try to understand why the glass ceiling still exists in corporate finance—and highlight the principles women leaders in the field have lived by as they’ve made their way through it.

Principle 1: Search for the Right Balance

She’s not alone, either. In their Women in the Workplace 2019 survey, McKinsey & Company and Lean In found that work-life flexibility was the number-one issue raised by respondents. “When workplace policies support balancing work and life, employees are happier at work,” the report stated.

And for Diana, a key part of achieving that balance is finding a flexible workplace—especially for young parents trying to juggle work with family.

She should know. She was once one of those women.

“I started to see obstacles and barriers as a puzzle to navigate my way through,” Diana said when we spoke to her in 2020. Now Founder and President of theTaxGroup—a software provider dedicated to increasing the productivity of corporate tax departments—she started out in the world of corporate finance in the 1970s, surrounded by men.

At the time, she faced her share of obstacles. But none as great as when she started having a family. The mother of three now-adult daughters explained that back then, there weren’t any accommodations for young parents looking to approach the work-life mix outside the traditional way it had always been done.

“It was just assumed you couldn't be a good mom and be successful in your career,” she remembered. “Because they could only really see the traditional way of working, where you're all locked in the office together all the time. But for me, that was just one of those things I had to figure out along the way—how to make it work.”

Trying To Do It All

Even in 2021, according to the research by McKinsey and LeanIn.org, senior-level women in finance are 57% more likely than senior-level men to have a spouse who works full time. And those who do live with a spouse are seven-and-a-half times more likely than their male peers to say they are responsible for all or most of household responsibilities.

For many women, that’s a huge load to bear.

For Diana early on, a key ingredient in taking it all on was a boss who bucked the trend by not judging her for how much time she spent at her desk, but rather for the quality of work she produced. She called him a mentor and has continued that tradition in her own role as boss. She’s always offered her employees a flexible work environment and given them the opportunity to work remotely even pre-pandemic—saving commuting time and allowing young parents the flexibility to work around their kids’ schedules.

But getting the work done is only one step to getting ahead, she added, and many young parents trying to do it all will skip out on the more casual, team-bonding time—something that can be just as detrimental to their careers as skipping out on an annual ski vacation might be to family bonding. “Just doing a good job isn't enough,” she said, and women, especially, need to give themselves permission to join in.

Of course, in the years since we talked to Diana the pandemic has made that—and work-life balance as a whole—even more difficult for women to achieve.

Factoring In a Pandemic

According to Women in the Workplace 2021—another report by Lean In and McKinsey & Company—women were even more burned out in 2021 than just a year before, with the gap in burnout between men and women almost doubling.

And it’s not just the responsibilities at home that are contributing. “Across industries, women leaders are more active champions of diversity, equity, and inclusion (DE&I) initiatives than their male peers,” McKinsey and LeanIn.org’s research stated. “In financial services, senior-level women in particular are much more likely to feel a personal responsibility to promote DE&I, which usually falls outside formal job responsibilities—increasing their invisible workload without increasing recognition.”

It might not be surprising, then, that all of that responsibility has had its toll. The Women in the Workplace 2021 survey also found that one in three women had considered downshifting or even leaving their careers over the year. And since data has shown that women are leading the way in the Great Resignation, quitting at a higher rate than men, it’s clear that many have followed through.

Balance, it’s clear, has been hard to achieve. But in light of that, the advice Diana offered young women in 2020 offers some hope.

“A career can be more of a maze than a straight path,” she said then. And it’s often in the zigs and zags where the most interesting experiences happen, she added.

As women zig their way through the rest of the pandemic, let’s hope that’s the case.

Read this blog to find out why the pandemic pushed career-driven women out of the workforce.

In our next post, Christine Harms, Controller of the Arizona Cardinals, tells us why asking for what you want is the principle she lives by.