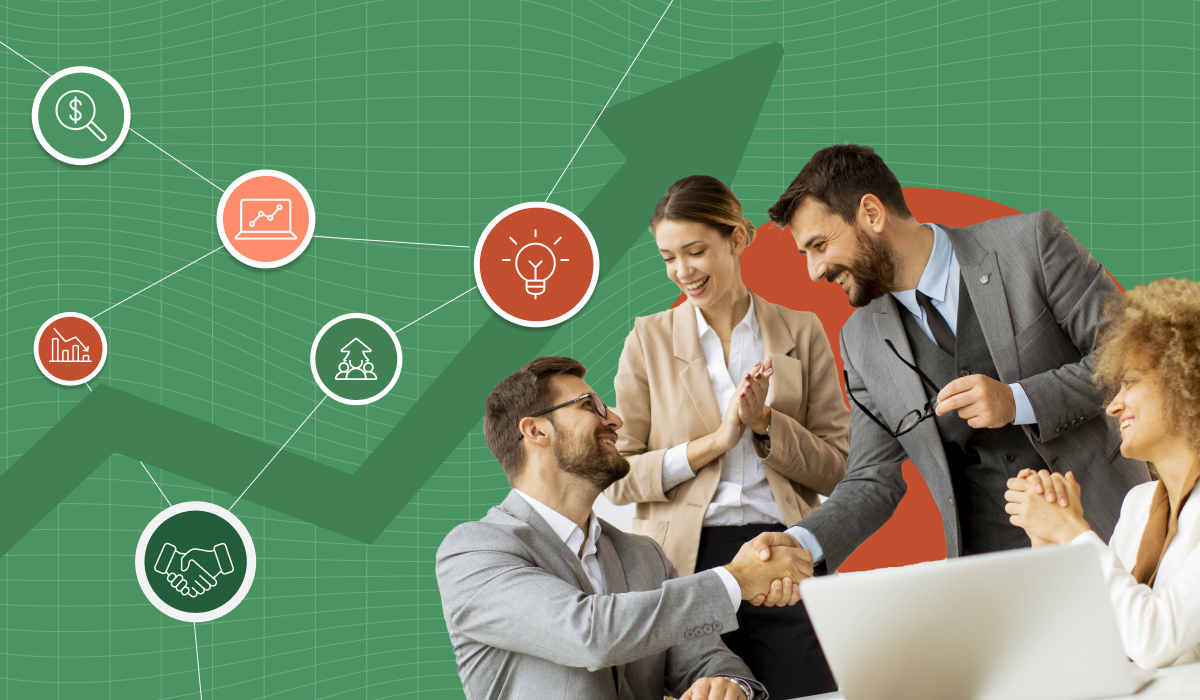 The Art (and Science) of Negotiation in Finance: 6 Tips To Help You Become a Skilled Negotiator

You need to come to an agreement on a business deal. Lead your team through an acquisition or merger. Maybe you want to get your leadership team or department heads to sign off on new strategic goals or a fresh budget. Or one of the team members you lead is requesting a pay raise.

Whatever your current scenario, it’s clear you need strong negotiation skills to see it through.

That’s not surprising. Today, negotiation is almost as much a part of finance as are proficiency with numbers or strong analytical skills. And as finance takes on more of the role of strategic business partner, those negotiation skills are becoming even more valuable.

It’ll often be up to you to build a foundation of support among your business leaders for the strategy and goals you’re advocating for, to reach an agreement with investors, customers and your own team members. And those negotiations aren’t always going to start with an automatic “yes.”

So whether you’re a naturally skilled “people person” or tend to shy away from all forms of confrontation, you’ll need to hone your negotiation skills and learn how to apply them to every situation.

Need some help in becoming a skilled negotiator? Here are six tips to get you started. 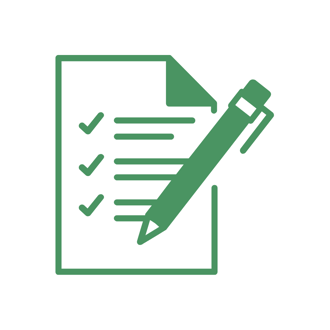 Whether negotiating is your cup of tea or something you dread like a morning without your daily dose of coffee, it’s not going to go down well without proper preparation. Long story short: You’re setting yourself up for failure if you don’t prepare.

And preparing for a negotiation starts with knowing who you’re negotiating with. Is it an investor, part of the leadership team or another department head? A board member, supplier or customer? More than that, who has the decision-making power on the other side of the negotiation equation?

Once you know all of that, preparing means trying to understand what all of the parties are after from the negotiations underway. And that includes your own goals. What are you trying to achieve? What are you willing to concede? And what can’t you walk away without? Before you even start, write down all of the details you need to discuss and find agreement on so that you don’t miss anything during the process.

In his recent keynote presentation at Excelerate =SUM(it) 2022, “The Art of Negotiation,” Chris Voss—former FBI Lead Hostage Negotiator and CEO and Founder of The Black Swan Group—took it one step further. Preparation, he explained, can help settle your emotions and get you ready mentally, not just intellectually, for a negotiation

“Getting ready to engage in a process actually settles you down,” he said.

A skilled negotiator starts every negotiation from a place of preparation, then. It puts you in a better position in more ways than one, to get more from the negotiation you’re about to begin. 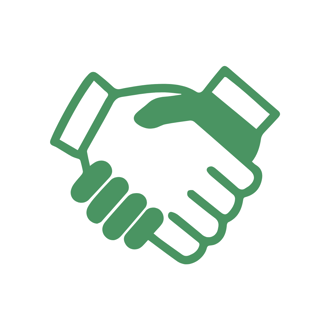 Not surprisingly, getting people to agree with your point of view is easier if you’ve already built a good relationship with them. We can’t only negotiate with our closest friends, though, so building relationships throughout the negotiation process can be a successful way to make sure everyone walks out happy.

“Nobody would be surprised to know that we prefer to say yes to those individuals who we feel a liking, or a rapport, with,” psychologist Robert Cialdini, author of Influence: The Psychology of Persuasion, said in his Excelerate =SUM(it) keynote presentation, “The Science of Ethical Influence.” Another key ingredient in getting a “yes,” he added, is a feeling of unity—or a sense that you’re all part of the same group, working together towards a single cause.

“If you can arrange for people to see you not just as like them, but as one of them, they will become significantly more likely to say yes to you as a result,” Cialdini said.

In a negotiation, then, being empathetic and a good listener are key. They help you understand the other person’s point of view and use that knowledge to develop the kind of relationship that makes everyone feel like they’re part of the same team, with the rapport to match. Good communication and a foundation of trust can also make it easier to keep the negotiation civil and work through any conflict if it arises.

“Focusing on influence and long-term business relationships is productive and profitable for both sides, long term,” Voss added.

3. Don’t Get Lost in the Emotions 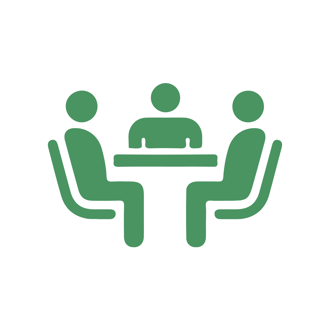 Even when you’re empathetic to the other side of the negotiation, and try to be as good a listener as possible, negotiations can still become fraught with tension, as everyone tries to get what they want out of the process.

But when emotions drive a negotiation, neither side is going to get far.

“If they're frustrated with the situation, they're probably annoyed with you,” Voss said. To get past any of those negative emotions, he suggests demonstrating “respectful awareness.” In other words, calling out the emotions in the room as a way of deactivating them. “[It’s about] calling out negatives, not denying them—but simply observing them, calling them out, recognizing them [and] verbally articulating the negatives,” Voss added.

All of which, of course, means developing your own emotional intelligence, so that you’re able to monitor and recognize the emotions in play—both positive and negative. Emotional intelligence will also help you see through the words being spoken, so that you can better understand how everyone really feels. From there, you’ll be able to get to a place where you’re all content and ready to proceed. 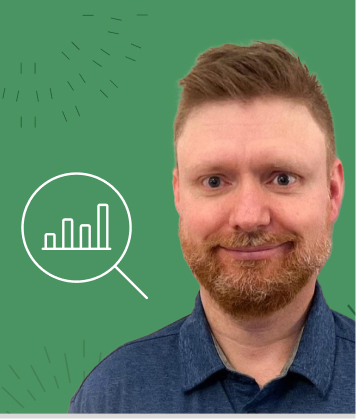 4. Remember the Power of Compromise 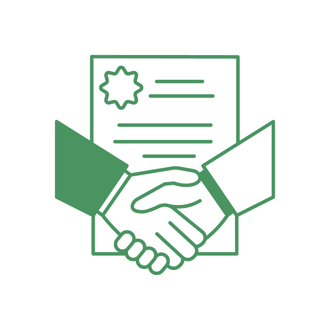 Building the critical relationships that help power negotiations, and recognizing the emotions in play, make it easier to understand and empathize with the points of view of the other side of your negotiation. And that’s a plus when it comes to another important part of all negotiations—compromise.

Whether relationships already exist, or if you’re in the process of building them, it’s important to listen to what the other person says and to understand what they’re trying to achieve from the negotiation in progress. More than that, try to put yourself in their shoes so  you can understand why those goals are important to them.

And sometimes finding out is just a matter of asking. “Start the conversation with ‘Before I give my perspective, let me make sure I’ve got your perspective right. That's your opening phrase. Then you follow up with, ‘So far, you've told me’ and you lay out the facts of what they've said,’” Voss suggested “Then the second part is, ‘As a result, you feel and you …’ and lay out your best guess, based on their demeanor, their actions or tone of voice.”

But don’t forget that list of “must haves” you put together during the planning phase. It isn’t a successful negotiation if you find yourself conceding on everything—especially those elements most important to you and what you’re hoping to achieve.

Remembering—and understanding—all sides of the negotiation will help you reach a compromise all parties can get behind in the end. But it will also help you understand when to walk away—because the most skilled negotiators also know when no one is going to get what they want.

5. Understand That “Winning” Isn’t Everything 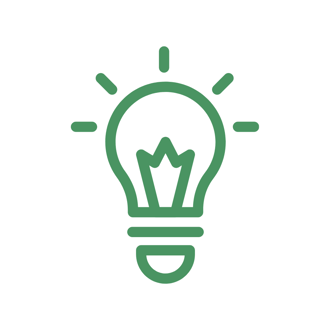 If you go into a negotiation like it’s a game—where there’s a “winner” and a “loser”—the kind of compromise we talked about above won’t be possible. But more than that, you’ll be missing out on new opportunities that spring up from the conversation underway that can add extra value for everyone.

The most skilled negotiators will find new value for all parties—or at least look for it. Maybe that means bringing additional people to the table or considering other alternatives to the options you’ve already considered. Whatever the case, don’t get so caught up in your own expectations that you stay closed off to other options.

6. Keep Working on Your Skills 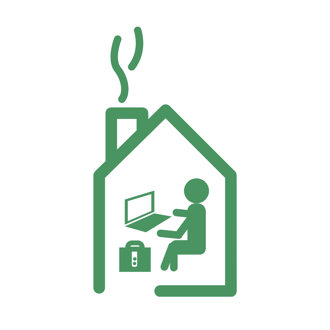 Like any other skills, negotiation is learned. Some will take to it naturally and for others, it will require more work. Either way, practice. Coaching and critical assessment is sure to make you better. So whether you walk away from your first negotiation happy or not, don’t worry. Assess what went right and wrong, and learn from your experiences.

Identify the pain points and challenges. Explore the emotional ups and downs. Assess whether each party walked out with more or less of what they wanted. What could you have done better? More to the point, what can you do better next time?

Don’t be afraid to consult others, either. If you have any trusted advisors or teammates who you know are skilled negotiators, they can be a good resource as you continue to develop your own skills. That is, until you become a skilled negotiator yourself and start mentoring those who come behind you.

Feeling Like a Skilled Negotiator? Then Let the Negotiations Begin

“Negotiation is not an act of battle; it’s a process of discovery. The goal is to uncover as much information as possible,” Voss wrote in his book, Never Split the Difference: Negotiating As If Your Life Depended On It.

Like any process, then, it can be learned, codified and improved upon. By building a negotiation style that works for you—then evolving it to meet the demands of each negotiation you find yourself in—you can make it just another skillset you bring to the table. And by doing so, you’ll be molding yourself into a strong financial leader in the process.

Now go out and let the negotiations begin!