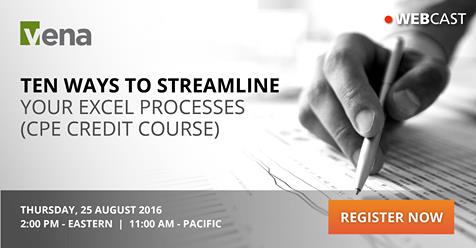 Why Dashboards Are Becoming A Major CFO Priority

With a book title like The End of Accounting, it doesn’t take long to realize that Baruch Lev is on a mission to shake up finance departments around the world.

A professor at NYU Stern, Lev was recently featured in a video interview with Canada’s Globe & Mail newspaper where he talked about the problems he sees with the way financial reporting has evolved in recent times. His essential argument? That while CFOs and their teams are well-versed in tabulating traditional key performance indicators, there are many other factors that aren’t making into quarterly or annual reports.

“The usefulness, the relevance of financial information, not just earnings, has been declining significantly over the last 20, 30 years,” he says on camera, adding that what’s missing are things like the impact of branding, IT investments and even more intangible things. “Everyone celebrates, everyone participates in (talking about these kinds of assets), except for accountants, who are stuck in the Industrial era.”

By “Industrial era,” Lev is referring to the way companies typically monitor the output of factories, machines and similar things. “If you open a financial report of a company, the only information you’ll see is about R&D,” he complained. If the company increases the quality of its employees by training,  on the other hand, it may not be factored into the reporting or forecasting.

What would help, obviously, is the kind of dashboards that have long been promised to finance departments — and which are finally coming to fruition. A recent story on Health Care Finance News offered a great example of what this could look like. Among those profiled were Christopher Lah, Revenue Cycle Senior Director at Cincinnati Children’s Hospital. He said his The top three areas on his dashboard include cash collection vs. projection and total revenue, cost-to-collect and, perhaps surprisingly, patient satisfaction. This is how he talked about it:

A dashboard report is there to give me the vitals on my entire revenue cycle. So if my efficiency indicators look good at each step I move on because I have other work to do. The minute one of the indicators doesn’t look right, either in relationship to the rest of the report or benchmarking it against itself, I’m going to drill down and ask more questions about what’s going on.

This is a really important point. Not only are finance professionals like Lah starting to take into account the sorts of KPI Lev suggests are largely missing — they are using such KPIs as the starting point for analysis, rather than some sort of set-it-and-forget-it reporting approach. This may or may not be the end of accounting, but it’s definitely the start of a new era in financial and business management.